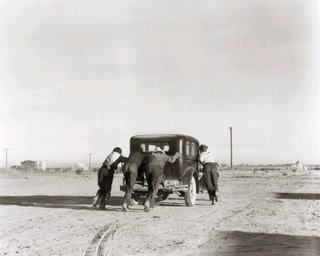 On a New Zealand radio broadcast the Rev Eddie Farr related a funny thing that happened to him on the way to a minister’s meeting.

As he was walking down the path toward the meeting place, an unoccupied car beside him started to move. Instinctively he grabbed hold of it to try and stop it rolling. He said it was like trying to catch a tiger by the tail, once you caught hold of it, you couldn’t let it go.

Several other ministers soon arrived on the scene. They looked rather amused until they realised the plight that he was in. The vicar tried opening the car door so that he could turn the steering wheel but the door was locked. Eventually they managed to twist the wheels around and let the car come to rest on the roadside. Then one of them wrote a note and left it on the windscreen. The note read, “Your car has been saved by the efforts of three clergymen”.

Eddie Farr said that when he related this incident to those at the meeting one of his colleagues said: “You thought you were trying to save it did you? Perhaps you were all trying to convert it!”

Conversion. Salvation. These are slippery words and they both have taken quite a battering.