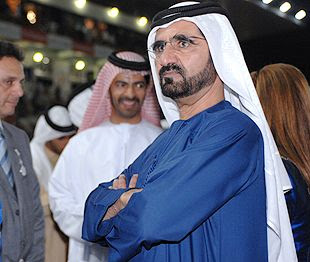 Check out the Experiencing the Emirates site to read the stories about the Shaikh of Dubai and his effective style of leadership.

The Challenge of Drowned Hens 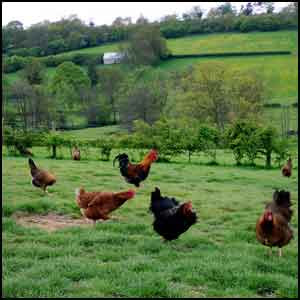 A man lived in a very comfortable house, with a large, light, airy cellar. The river ran near by.

One day the river overflowed, the cellar was flooded, and all the hens that he kept in it were drowned.

The next day he went off to see the landlord.

‘I have come,’ he said ‘to give you notice. I wish to leave the house.’

‘How is that?’ asked the astonished landlord. ‘I thought you liked it so much. It is a very comfortable, well-built house, and cheap.’

‘Oh, yes,’ the tenant replied, ‘but the river has overflowed into my cellar, and all my hens are drowned.’

‘Oh, don't let that make you give up the house,’ the landlord reasoned; ‘try ducks!’

F W Boreham unfolds some of the issues of this story in his essay, recognizing the fine art of putting up with nasty things but encouraging the creative juices to flow to see if there is a better way to be living under difficult circumstances.

The Official F W Boreham Blogspot.
Posted by Geoff Pound at 5:24 PM Links to this post

Children Say Combating Inner-City Isolation is a Piece of Cake

Friendship difficult in Apartment Towers
The Melbourne Age has recently run a story on how two children have made a big difference to the people who live in their apartment tower in inner-city Melbourne.

Reporter Winston Tan says: “It isn't easy making friends when you're the only children in a big city apartment block. But that didn't stopped Ali and Nathaniel Holt reaching out to the neighbours in their Little Lonsdale Street block.”

Along with their father, Simon, the kids came up with a plan to break the ice with other residents of the block. "We started to make cookies — we had heaps of fun and got to know people after we did," Nathaniel, 10, said.

With a little help from their parents, Ali and Nathaniel made more than 350 chocolate chip cookies for the building's 130 apartments.

"We made three small cookies for each apartment, so it took us about a full day to get them all cooked.

"Dad helped us wrap them up in cellophane, but we cooked them ourselves."

While there are an increasing number of very young children and teenagers calling the CBD home, Ali and Nathaniel's mother, Brenda, said it had been difficult with no other school-aged children in the building.

Combating Isolation One Cookie at a Time
But the feeling of isolation has now changed for the Holt children. "Since we did the cookie thing, it is amazing how much people look at us and talk to us … that's the best thing to come out of it," Ms Holt said.

The chairman of the apartment block's body corporate, Michael Vukelic, helped the children deliver the cookies to each apartment.

"They were really excited about doing something for everyone in the building," he said. "They carried a whole basketful and had a lovely card and hung it up on the door knobs."

Mr Vukelic said Ali and Nathaniel had brought a "community feel" to the building, showing that city living was no longer just about single people.

The Holts have received gifts and cards of thanks and now know their neighbours much better.

The full article can be found at this link:
Winston Tan, ‘CBD Kids Find Mixing it with the Neighbours a Treat for All’, Melbourne Age, 30 December 2007.

Image: Ali and Nathaniel Holt cooking up a storm.
Posted by Geoff Pound at 4:08 PM Links to this post

Every Day is a Blessing 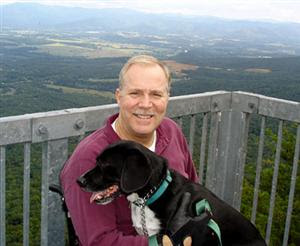 Newsweek recently ran a story about Thomas Garber who got a blood clot that left him paralyzed from the chest down. He thought about giving up.

Garber describes how it happened, how he responded to it, how he had to learn to do everything again and most importantly, how he developed a new approach to life itself.

Thomas Garber says, “I have learned that every day is a blessing.”

Image: Thomas Garber and friend.
Posted by Geoff Pound at 10:54 AM Links to this post

Making Decisions in the New Year 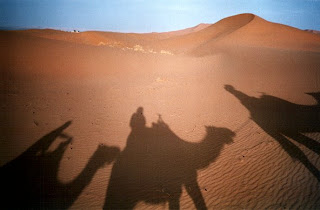 There is something about this time of the year that evokes dismay at some of our past habits, resolve to do some things new and an exploration of future directions.

One of my favourite books is the one written by John Birmingham for children—Would you Rather?

Here are some of his questions:

These are all fun questions but they remind us of how difficult some life decisions really are.

It is because of this that I wrote the book ‘Making Life Decisions’. It is not a quick fix book that will help you to resolve your 2008 directions on the first day or week but it outlines a process for you to do the important work of discernment.

The book is available online at this link: Making Life Decisions.

You can work through it on your own, with somebody else (even if they are on the other side of the planet) and with a group—group studies are provided.

Image: “New Year…time to explore new directions.”
Posted by Geoff Pound at 11:09 AM Links to this post