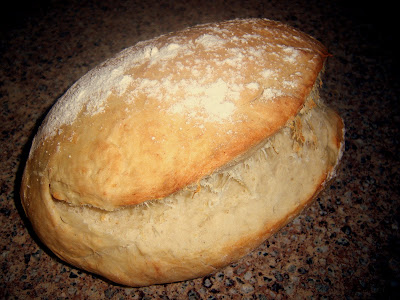 All their lives the two young brothers had lived in the city behind great stone walls and never saw field nor meadow.

But one day they decided to pay a visit to the country.

As they walked along the road they saw a farmer plowing a field. As they watched, they became confused.

"What on earth is he doing that for!" they wondered. "He turns up the earth and leaves deep furrows in it. Why should someone take a smooth piece of land covered with nice green grass and dig it up?"

A little while later, they watched the farmer sowing grains of wheat along the furrows.

"That man must be crazy!" they exclaimed. "He takes good wheat and throws it into the dirt."

"I don't like the country!" said one brother in disgust. "Only crazy people live here." So he returned to the city.

His brother, who remained out in the country, saw a change take place several weeks later. The plowed field began to sprout tender, green shoots, even more beautiful than the grass before. This discovery excited him very much. So he wrote to his brother in the city to come at once and see for himself the wonderful change.

His brother came and was delighted with what he saw. As time passed they watched the sprouts grow into golden heads of wheat. Now they both understood the purpose of the farmer's work.

When the wheat became ripe the farmer brought his scythe and began to cut it down. At this, the impatient brother again exclaimed: "That farmer is crazy; he's insane! He worked so hard all these months to produce this lovely wheat, and now, with his own hands, he is cutting it down! What an idiot! I'm going back to the city where things make sense!"

His brother, the patient one, held his peace and remained in the country. He watched the farmer gather the wheat into his granary. He saw him skilfully separate the grain from the chaff. He was filled with wonder when he found that the farmer had harvested a hundred-fold of the seed that he had sowed.

But the best part was yet to come. The farmer took that wheat and ground it into flour, mixed it with water and some other mysterious ingredients, and threw it into the fire. In a little while, the wheat became bread.

Source
Thanks to Brian Stoffregen who uses the story at this link. Source: A Treasury of Jewish Folklore: Stories, Traditions, Legends, Humor, Wisdom and Folk Songs of the Jewish People, Edited by Nathan Ausubel, Copyright, 1948, Crown Publishers, Inc., New York.

Geoff Pound
Posted by Geoff Pound at 10:17 PM Links to this post 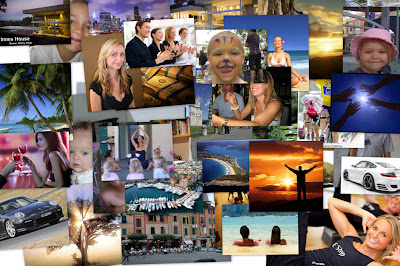 During the reign of Oliver Cromwell, the British government began to run low on silver for coins.

Lord Cromwell sent his men to the local cathedral to see if they could find any precious metal there.

After investigating they reported: "The only silver we can find is in the statues of the saints standing in the corners."

To which the radical soldier and statesman of England replied: "Good! We'll melt down the saints and put them in circulation!"

That brief but direct order states the essence of the practical goal of authentic Christianity. Not rows of silver saints crammed into the corners of cathedrals, but melted saints circulating through the mainstream of humanity.

Geoff Pound
Posted by Geoff Pound at 10:34 AM Links to this post