I am having to return to Melbourne for a family funeral (my son-in-law's sister died tragically in London a few days ago) and then to NZ where my mother is facing heart surgery this week.

Consequently, my blogs will be off air or rather not added to until I return on the end of the month.

Sorry about this. I hope to commence again early in April.

Geoff Pound
Posted by Geoff Pound at 1:51 PM Links to this post

Who is Your Audience? 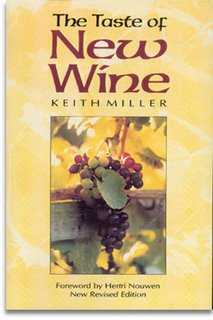 Years ago I was challenged by a question in a book by Keith Miller. The question was, “Who is your audience?”

In the book Miller recorded his own reaction to reviews of his writings. He found that some negative reviews did not bother him because they were written by people who did not matter to him.

But there were certain other people whose evaluations were a different matter. Their words of approval warmed him and their criticism cut him to the quick.

Miller concluded that each one of us has our select audience before whom we play out the days of our lives.

Who is your audience? It may be only one person or a small group, yet what they think exerts an enormous influence over our daily actions.

Image: Keith Miller, business person, author of The Taste of New Wine and The Second Touch.
Posted by Geoff Pound at 8:04 AM Links to this post 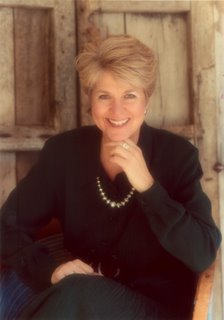 When Laurie Beth Jones established an advertising agency she found it disturbing that while women represented the fastest growing segment of business owners in the USA, almost all of the management and leadership books had been written by men. To think through her style she reflected on the leadership of Jesus and the way he related to his team.

She thought, what does it mean for leadership to put a child in the midst and say, “This little one is the epitome of greatness?” What type of leadership might emerge in my business if the paramount symbols are a mustard seed, or leaving 99 sheep to search after the one lost sheep? Or if the governing image is taking up the towel and washing the feet of my staff?

She thought, what does staff welfare mean for me, if I model myself on this one who began by forming a team, whose greatest investment was not only in their training, but in preparing them to take over his business?

Laurie Beth Jones wrote her insights in the book entitled Jesus CEO. Listen to her chapter headings and the way they capture the counter cultural style of Jesus’ leadership:

He had a clear vision of himself.
He stuck to his mission.
He did the difficult things.
He said “Thank You.”
He was constantly in a state of celebration.
He did not waste his time judging others.
He was willing to look foolish.
He had a passionate commitment to the cause.
He was keenly aware of his resources.
He did not despise the little things.
He was bold.
He was visible.
He took the long view.
He took one step at a time.
He served only the best wine.
He changed the unit of measurement.
He gave them a vision of something larger than themselves.
He said, “Yes”.
He was open to people and their ideas.
He empowered women.
He clearly defined their work-related benefits.
He treated them as equals.
He held them accountable.
He spent lots of time with them.
He set an example for them.
He acknowledged them in public and in private.
He kept urging them on.
He defended them.
He gave them authority.
He played with them.
He wanted to take everyone to the top.
He loved them to the end.
He knew that nobody wins until we all do.

What might it mean for us to exercise leadership that honours the least, that values the newest, that elevates the least experienced in our team? 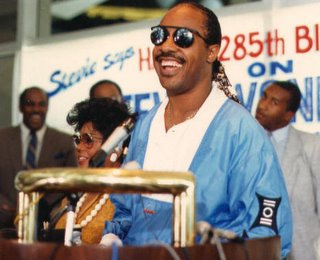 “Being physically blind is no crime”, Stevie Wonder says, “but being spiritually blind is a serious handicap.” 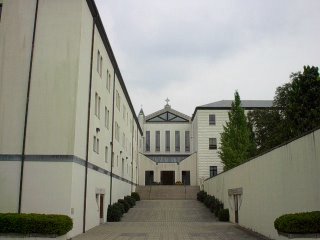 Who are you? There is more to you than you think. Spending some time at Gethsemane, a monastic community in the hills of Kentucky, where Thomas Merton lived for years, I found this statement about human beings:

A LITANY of the PERSON

image of God
born of God's breath
vessel of divine Love
after his likeness
dwelling of God
capacity for the infinite
eternally known
chosen of God
home of
Infinite Majesty
abiding in the Son
called from eternity
life in the
Lord
temple of the Holy Spirit
branch of Christ
receptacle of the
Most High
wellspring of Living Water
heir of the kingdom
the glory
of God
abode of the Trinity.
God sings this litany
eternally in his
Word.
This is who you are.

It is not a bad thing to reflect on all that we are.

Image: Abbey of Gethsemane, Kentucky,
Posted by Geoff Pound at 6:27 AM Links to this post 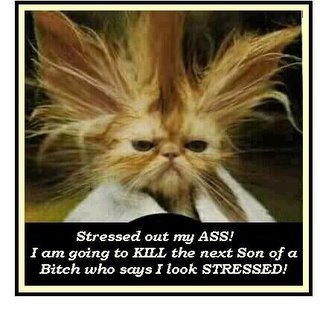 "This is the age
of the half read page

and the quick hash
and the mad dash

the bright night
with the nerves tight

the plane hop
and the brief stop

the lamp tan
in a short span

the brain strain
and the heart pain

till the spring snaps
and the fun's done."

As the year gears up it is vital to ask whether we are over committed and
too exhausted to help others who are in need?

Geoff Pound
Posted by Geoff Pound at 7:33 AM Links to this post 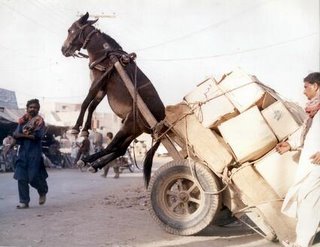 The story takes place in Italy and it concerns a man and his son and their donkey. The father and the boy were walking alongside their donkey and they were on their way to the markets – clip clop, clip clop.

It is a long, dusty road and soon they came across a man who looked up and said, “What a foolish fellow that man is to trudge through the dust with his son and his donkey.” And all three had good ears to hear and they stopped. Being anxious to please, the man put his son on the donkey’s back and on they went – clip clop, clip clop.

They hadn’t gone very far when they came across another man. He stopped what he was doing and said, “What a badly brought up son. There you are sitting right on the donkey’s back while your poor old father has to walk.”

And all three had good ears to hear and being anxious to please they brought the donkey to a stop. The son got down and the father got on instead and on they went – clip clop, clip clop.

It wasn’t too long before they reached a third man and he stopped and said, “What a lazy inconsiderate man. Making your little boy walk while you ride. That boy looks tired.”

And all three had good ears to hear and being anxious to please, the father took his little son up beside him and on they went – clip clop, clip clop.

When they were about 1 mile from the town they came across another man. He said, “Have a bit more care for that poor old donkey. You have got no business to overload him so badly.” And all three of them had good ears to hear and they heard him.

For a moment they stood still at a bit of a loss to know what to do. As they stood there puzzling there was only one thing they could do. They unravelled a strong cord from their basket, they tied the donkey’s legs together and slung him on a pole. So they tried to carry him the rest of the way.

There was still people who weren’t pleased and poked fun at them and the donkey wasn’t pleased either and taking fright at all the fuss the donkey slipped the rope and fell headlong into the river – clip clop, clip clop, glug glug, glug,glug.

No wonder the people felt so sorry for the man, the boy and the donkey. It had taken them so long to learn that you can’t please everyone.

Source: Italo Calvino's book on Italian Folk Tales
Posted by Geoff Pound at 7:59 AM Links to this post