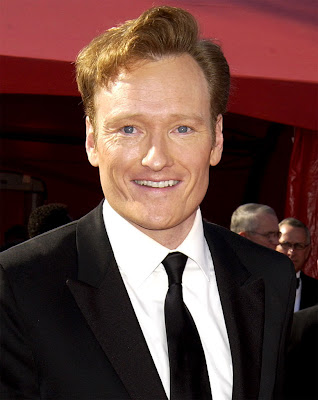 Conan O’Brien returns to to speak to the Class of 2000.

Here’s his final piece of advice:

So that’s what I wish for all of you—the bad as well as the good. Fall down. Make a mess. Break something occasionally. Know that your mistakes are your own unique way of getting to where you need to be. And remember that the story is never over.

Posted by Geoff Pound at 10:34 AM Links to this post

The Courage to Search for the Secret to Life 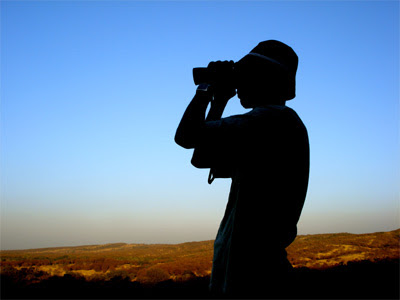 They finally agreed that the lesson should only be given to people with strength and courage. So they agreed to put the secret in a place which could only be reached by persons with these qualities.

One spirit suggested that it be placed on top of the highest mountain.

Another spirit said that the secret should be placed at the bottom of the deepest ocean.

But the third spirit, the wisest, disagreed. She said that the secret should be placed deep inside each human being. She knew that only the most courageous would be willing to look for it there.

Posted by Geoff Pound at 1:34 PM Links to this post

Piers Morgan on Doing Your Homework and the Seven Ps 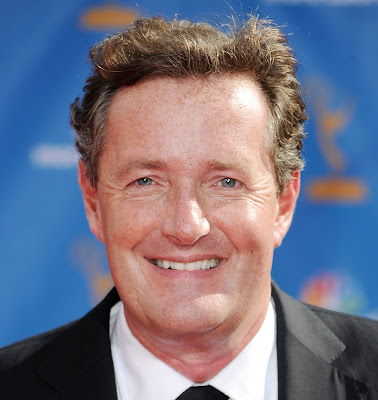 Toward the end of his interview with David Frost, Piers Morgan, the self confessed ‘young pup at this interviewing’, asks the master for some tips.

While Frost gathers his words for this whipper-snapper, Morgan slips in some advice from his brother:

FROST: Where do we start? You'll know this and you'll agree with it, because you're putting it into practice. But the first thing obviously is homework, which, I mean, sounds absurdly obvious. But some people don't do much preparation.

MORGAN: My brother is a British Army colonel. They have an unofficial regimental motto called the seven Ps, which I think apply equally to interviewing, which is prior planning and preparation prevent piss poor performance.

Posted by Geoff Pound at 9:27 AM Links to this post

Nelson Mandela: “There is No Time to be Bitter!” 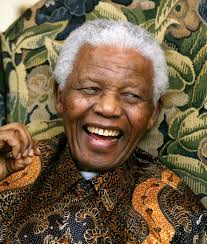 David Frost, in remembering for Piers Morgan some of his favourite interviews, shares this exchange with Nelson Mandela:
“I asked Nelson Mandela, how was it that you got through 28 years, you were wrongly incarcerated, and you're not bitter? Some people said he found religion. But you're not bitter.”
“And he, instead of basking in the tribute, he said, ‘David, I would like to be bitter, but there is no time to be bitter. There is work to be done…Because that was just before the election of '93 which of course he won.”
Source: Piers Morgan Tonight, CNN, 26 April 2011.
Image: Nelson Mandela.
Posted by Geoff Pound at 9:16 AM Links to this post 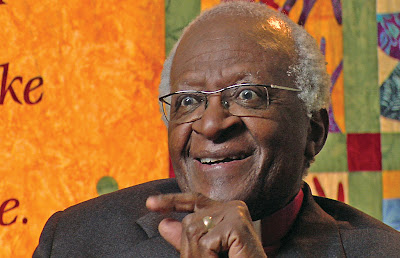 David Frost, in recalling for Piers Morgan some of his most favourite interviews, recounts these memorable lines uttered by Desmond Tutu:

Frost said to the Archbishop:

“I always think of you as an optimist. And he said, I'm not an optimist, I'm a prisoner of hope.”

Posted by Geoff Pound at 9:06 AM Links to this post 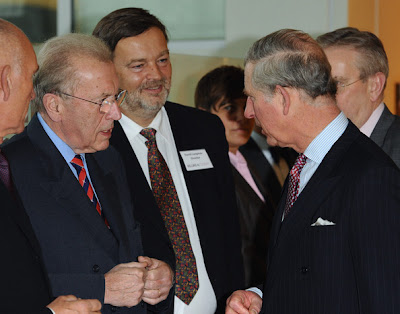 In the week prior to William and Kate’s marriage, David Frost recalls for Piers Morgan one of his interviews with Prince Charles:

“I said to him, you know, when I was growing up, first of all, I wanted to be a railway engine driver because when English boys are small they all want to be that, and then a footballer or whatever.”

“But in your case, that would have been pointless. Because your future was preordained, predestined, irrelevant what you wanted to be. You didn't have any choice in it at all. What sort of effect did that have?”

“And he said well, yes, he said, when I was 5 or 6, I wanted to be a railway engine driver, he said. But then one morning, it was one morning I woke up when I was 6 years old and I thought, I'm stuck.”

Posted by Geoff Pound at 8:53 AM Links to this post