Thomas Friedman, Machiavelli and the Challenge of Change 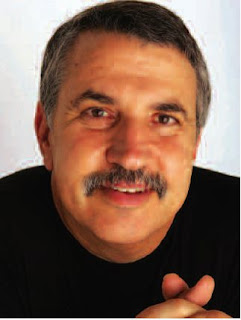 In his book, Hot, Flat and Crowded, Tom Friedman writes about the challenge of shifting the American nation to a Clean Energy System.

To fully appreciate the hurdles and the challenges of change Friedman encourages his readers to reread their Machiavelli.

My favorite passage in The Prince goes like this:

“It ought to be remembered that there is nothing more difficult to take in hand, more perilous to conduct, or more uncertain in its success, than to take the lead in introducing a new order of things, because the innovator has for enemies all those who have done well under the old conditions, and lukewarm defenders in those who may do well under the new. This coolness arises partly from fear of the opponents—who have the laws on their side—and partly from the incredulity of men, who do not readily believe in new things until they have had a long experience of them.”

Source: Thomas L Friedman, Hot, Flat, and Crowded: Why the World Needs a Green Revolution—and How We Can Renew Our Global Future (London: Allen Lane, Penguin, 2008), 264.

A review of Hot, Flat, and Crowded is posted at Reviewing Books and Movies.

Image: Thomas Friedman.
Posted by Geoff Pound at 8:53 PM Links to this post

The Unalterable Commitment to the Momentum of Everyday Life 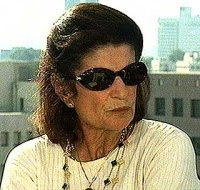 In a book about her husband’s life and legacy, Leah Rabin, writes about her commitment to do normal, everyday things on the first day of what became known as the Six Day War in 1967:

“I can remember the wailing of the sirens at eight o’clock on the morning of Monday, June 5, 1967. The children had gone to school as on any other morning—just as all the other children did. That morning Yitzhak was on the tarmac, giving our pilots encouragement before they soared off for their mission in Egypt…”

“Three hours after he left the house that day, he telephoned me to report, ‘So far so good…’ I bought vegetables from Naji the greengrocer and cooked lunch for Yuval and Dalia just as I would have on any other day. I have termed moments like these as my unalterable commitment to the momentum of everyday life.”

Image: Leah Rabin.
Posted by Geoff Pound at 10:55 PM Links to this post 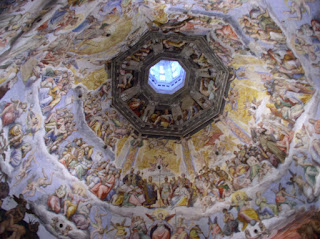 My wife and I were enjoying a dinner with friends at an Italian restaurant. Our host was called to the phone. On his return, he announced that due to a cancellation he had a spare seat on a private jet which had been hired to take him and his team from London to Florence to order fabrics. They would be leaving at eight the next morning and returning the same night. My wife hesitated, but I jumped at the opportunity to see some of the greatest art in the world for the first time.

It was a sunny day, and after we landed I made my way to the city by taxi, spending the morning walking over the cobbles by the Ponte Vecchio, seeing statues by the unbelievably powerful Michelangelo, gasping at the glories of the Uffizi Gallery and enjoying lunch in a simple restaurant. Next I walked to the Duomo, but as I entered that great cathedral I was overwhelmed with emotion. Normally I visit churches as a tourist. This time, I sat in one of the side chapels and looked in amazement at the crucifixes, images and sacred stories depicted in stained-glass windows, watching petitioners lighting candles which, clustered in their hundreds, glowed eerily in the darkened cathedral. People kneeled in prayer to the sound of Gregorian chanting.

All I could think of at this moment was my sudden overwhelming awareness of human suffering, and it occurred to me that no synagogue, no matter how ancient, could convey such a sense of the tragedy of existence. I imagined the millions who in the course of history had poured out their hearts to the images of Jesus and Mary, pleading for salvation from their grief, and for a sign that they were forgiven. I could barely believe the tears that were running down my cheeks, and knelt inwardly at the altar of human suffering and of the evil that caused it. I asked myself how people could be evil to others, or could kill people with faces as human as their own.

Perhaps the Christians are right, I felt, and humanity’s sinfulness is so great that it is irredeemable except by miraculous intervention and divine transformation. Could the laws of Judaism ever hope to change the human heart, or are they only palliative, keeping evil in check ? Is it like a police force, detecting only a small percentage of the crimes committed ?

The paradox struck me. Here I was, one of a people for whom suffering is not merely a matter of individual fate but also a consequence of being Jewish : for over centuries, this accident of birth has been an invitation for persecution, humiliation and even death. Yet Judaism has no prominent symbols of suffering or sinfulness. Christians however have eloquent images for the feeling that life is a vale of tears from which the only refuge is faith : they have a God, a Mother of God and even saints to understand and share their suffering.

Thanks to Barrie Hibbert for passing this story my way.

Image: “I walked to the Duomo, but as I entered that great cathedral I was overwhelmed with emotion.”
Posted by Geoff Pound at 3:18 AM Links to this post

Mohammed Ali Flying High is Brought Down to Earth 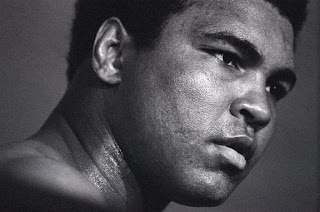 Years ago when Mohammed Ali was in his prime, he was about to take off on an airplane flight.
Following standard procedure, the steward asked all passengers to fasten their safety belts.

Noticing that he hadn’t fastened his, the steward gently reminded him to buckle up.

Quickly but gently the steward reminded him, “Superman don’t need no airplane either.”

Posted by Geoff Pound at 8:20 PM Links to this post