The Knack of Networking 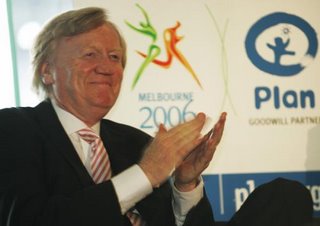 An article in Melbourne’s Age, Good Weekender magazine, focussed on Ron Walker's ability to nab for Melbourne big events such as the Grand Prix, the Commonwealth Games and rugby's Bledisloe Cup. What's his secret? The author put it down to Walker's extraordinary networking ability. "This guy is fantastic at networking," said Federal Treasurer, Peter Costello. "I saw him in action for the Commonwealth Games. Ron was just bringing an endless stream of Pacific Island leaders through my office.... If you had Ron working for you on networking—yes, he would be a very valuable ally."

When the writer interviewer asked the man himself, Walker quickly acknowledged a long list of people who had helped him with different tasks. He said, "Hillary didn't climb Everest on his own. He had 1,000 sherpas to help him."

Significant work and ministry has always depended on the ability to interact effectively with others, to sharpen ideas, stimulate creativity, foster encouragement and motivate people to follow the vision.

Meeting people in committees is not in vogue these days with so many agreeing with Fred Allen who said, "A committee is a group of people who individually can do nothing but as a group decide that nothing can be done." Unfortunately committee meetings have tended to suggest a lack of purpose, a certain formality, with the emphasis on what happens in the meeting.

In recent years there has been greater appreciation of networking. This change goes further than semantics. Networking fits better with a generation that prefer to hang loose. Networking has the connotation of connecting in a free, less formal way, without the commitment inherent in committees. Networking implies initiative being taken by anyone and everyone while still having one or some who might serve as convenor or catalyst.

Networking is best enhanced through face to face meetings that flow on to 'conversations' in a variety of ways. Modern technology has multiplied our ability to share information and network across the country and around the world.

If we've got an Everest of two in our lives, let's not try and scale them on our own. Instead, let's be creative in experimenting with all the ways we can tackle things together.

In the farewell words of a woman I overheard in a bookshop recently, "See you on the net!"