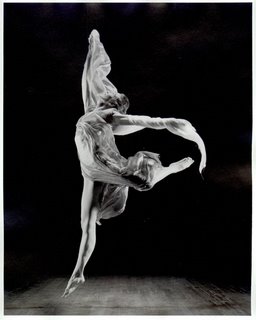 I love people who exude a sense of adventure. The people who pioneer and blaze new trails. One such person was the prominent twentieth century dancer, Isadora Duncan.

She was born in 1878 in San Francisco and grew up in a childhood filled with imagination and art. In her teenage years, she travelled to Chicago and New York and performed in various productions such as Mme. Pygmalion, Midsummer's Night Dream and vaudeville shows with limited success.

It was not until she reached London, however, that Isadora began to find acceptance for her dancing. Her popularity grew, and she began performing on great stages throughout Europe.

During her life, Isadora was passionate about the education of children, and making sure that their formation included training in art, culture, movement and spirituality. Isadora died tragically in 1927 in a car accident along the Riveria.

Dorothy Parker wrote beautifully of Isadora Duncan when she said:


"There was never a place for her in the terrible slow army of the cautious. She
ran ahead, where there were no paths."

What a powerful tribute and challenge! To leave the ‘terrible slow army of the cautious’ and run ahead where there are no paths.

Source: Inspired by an article on another adventurer, Jacqueline de Pres in the Melbourne Age, 24/10/98

Image: Isadora Duncan
Posted by Geoff Pound at 8:22 AM