Malcolm Gladwell on Why Leaders Need Colleagues Who Challenge Their Decisions 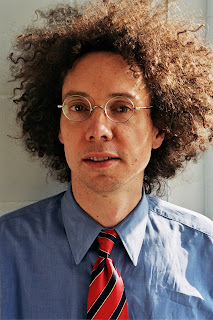 Author and roving cultural ambassador, Malcolm Gladwell, has been praised for his ability to synthesize huge slabs of material, translate arcane research into everyday language and repackage research into tidy and attractive formulas.

In his latest book Outliers, he shares many anecdotes, one of which is this one, summarized by a reviewer:

“He begins with a puzzle: Why did so many Korean Air planes crash between 1988 and 1998? We eliminate various red herrings: bad morale, procedural violations, flight crews smoking on the tarmac. At last comes the pleasantly shivery moment when Gladwell pulls open the curtain to reveal the solution. Korea's exceptionally deferential culture prevented first officers from challenging captains' decisions in the cockpit. The whole story has been so ingeniously constructed that, as soon as you're done, you want to call someone and tell him what you just learned.”