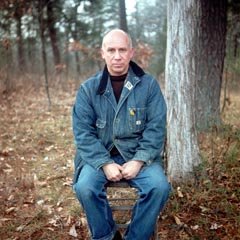 My wife and I are relishing the recent memories of over five weeks traveling around Italy. We learned a lot and enjoyed walking in the footsteps of people such as Ambrose, Augustine, Catherine, Francis, Clare and Anthony.

We loved much of the art we saw in churches and galleries. However, we became disenchanted by the way many artists depicted the saints as other-worldly beings with cherubs and seraphs at their shoulders and framed by haloes. The worst of these pictures abounded in the souvenir shops adjacent to holy sites. Why is it that we put these people on pedestals way beyond our reach?

In contrast to this tendency I love the way Henri Nouwen wrote about his encounter with Thomas Merton, one of the best known Christians of the twentieth century:

“The only time I met Thomas Merton, I was struck by his utter earthiness. While on a retreat at the Abbey of Gethsemane, two students from the University of Notre Dame who had made an appointment to meet Merton at the lakeside asked me to join them. It was a very chatty encounter. We talked a little about abbots, a little about writing. We drank beer, stared into the water and let some time pass in silence – nothing very special, profound or “spiritual”. In fact, it was a little disappointing. Maybe I had expected something unusual, something to talk about with others or to write home about. But Thomas Merton proved to be a very down-to-earth, healthy human being who was not going to perform to satisfy our curiosity. He was one of us.”

“Later, when I studied Merton’s books, taught a course about his life and works and wrote a short introduction to his thought, I became very grateful for that one unspectacular encounter. I found that whenever I was tempted to let myself be carried away by lofty ideas or cloudy aspirations, I had only to remind myself of that one afternoon to bring myself back to earth. When my mind’s eye saw him again as that earthy man, dressed in sloppy blue jeans, loud, laughing, friendly and unpretentious, I would realize that Merton was and is no more than a window through whom we may catch a glimpse of the One who had called him to a life of prayer and solitude. Every attempt to put Merton on a pedestal would not only horrify Merton himself, but would also be in direct contrast to everything for which he stood.”[1]

Image: Thomas Merton
[1] In the foreword of James Finley, Merton’s Palace of Nowhere: A Search for God Through Awareness of the True Self, Ave Maria Press: Notre Dame, Indiana, 1978, 7-9.
Posted by Geoff Pound at 11:38 AM