Woody Allen on Abraham and Knowing the Voice of the Lord 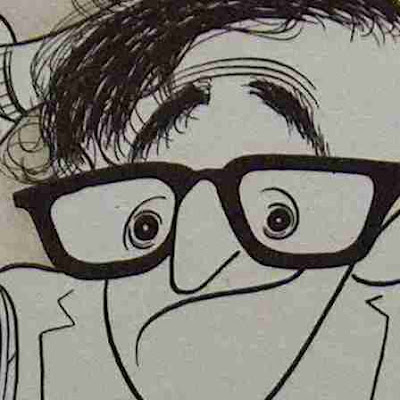 The great biblical scholar, Woody Allen, wrote the following version of the testing of Abraham:

And Abraham awoke in the middle of the night and said to his only son, Isaac, "I have had a dream where the voice of the Lord sayeth that I must sacrifice my only son, so put your pants on."

And Isaac trembled and said, "So what did you say? I mean when He brought this whole thing up?"

"What am I going to say?" Abraham said. "I'm standing there at two A.M. I'm in my underwear with the Creator of the Universe. Should I argue?"

"Well, did he say why he wants me sacrificed?" Isaac asked his father.

But Abraham said, "The faithful do not question. Now let's go because I have a heavy day tomorrow."

And Sarah who heard Abraham's plan grew vexed and said, "How doth thou know it was the Lord and not, say, thy friend who loveth practical jokes, for the Lord hateth practical jokes and whosoever shall pull one shall be delivered into the hands of his enemies whether they pay the delivery charge or not."

And Abraham answered, "Because I know it was the Lord. It was a deep, resonant voice, well modulated, and nobody in the desert can get a rumble in it like that."

And Sarah said, "And thou art willing to carry out this senseless act?" But Abraham told her, "Frankly yes, for to question the Lord's word is one of the worst things a person can do, particularly with the economy in the state it's in."

And so he took Isaac to a certain place and prepared to sacrifice him but at the last minute the Lord stayed Abraham's hand and said, "How could thou doest such a thing?"

"Never mind what I said," the Lord spake. "Doth thou listen to every crazy idea that comes thy way?" And Abraham grew ashamed. "Er - not really … no."

"I jokingly suggest thou sacrifice Isaac and thou immediately runs out to do it."

And Abraham fell to his knees, "See, I never know when you're kidding."

And the Lord thundered, "No sense of humor. I can't believe it."

"But doth this not prove I love thee, that I was willing to donate mine only son on thy whim?"

And the Lord said, "It proves that some men will follow any order no matter how asinine as long as it comes from a resonant, well-modulated voice."

And with that, the Lord bid Abraham get some rest and check with him tomorrow.

Link
Woody Allen, Without Feathers, 26-7. Part of a longer address posted at this link.

Image: Woody Allen: Cartoon courtesy of this site where you can buy wonderful full-sized cartoons of famous people like this one.
Posted by Geoff Pound at 3:16 PM