Remembering That We Are Dust 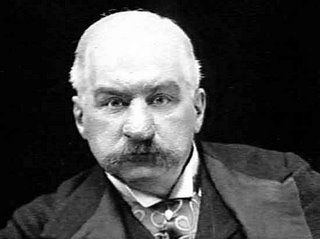 In the early years of the twentieth century J P Morgan sat at the top of the business pyramid. The Bill Gates of his era, the great financier had his offices on Wall Street.

E L Doctorow gives this colourful description of his influence:
“Pierpont Morgan was that classic American hero, a man born to extreme wealth who by dint of hard work and ruthlessness multiplies the family fortune till it is out of sight. He controlled 741 directorships in 112 corporations…. Moving about in private railroad cars or yachts he crossed all borders and was at home anywhere in the world. He was a monarch of the invisible, transnational kingdom of capital whose sovereignty was everywhere granted. Commanding resources that beggared royal fortunes, he was a revolutionist who left to presidents and kings their territory while he took control of their railroads and shipping lines, banks and trust companies, industrial plants and public utilities.”

J P Morgan it seems had everything BUT, he had one major challenge.

Listen to Doctorow again with an even more colourful description:
“Only one thing served to remind Pierpont Morgan of his humanity and that was a chronic skin disease that had colonized his nose and made of it a strawberry of the award-winning giant type grown by California’s wizard of horticulture, Luther Burbank. This affliction had come to Morgan in his young manhood. As he grew older and richer the nose grew larger. He learned to stare down people who looked at it, but every day of his life, when he arose, he examined it in the mirror, finding it indeed loathsome but at the same time exquisitely satisfying. It seemed to him that every time he made an acquisition or manipulated a bond issue or took over an industry, another bright red pericarp burst into bloom.”

“His favorite story in literature was a tale of Nathaniel Hawthorne’s entitled, ‘The Birthmark,’ which told of an extraordinarily lovely woman whose beauty was perfect except for a small birthmark on her cheek. When her husband, a natural scientist, made her drink a potion designed to rid her of this imperfection, the birthmark disappeared; but as its last faintest outline vanished from her skin and she was perfect, she died.”

“To Morgan, the disfigurement of his monstrous nose was the touch of God upon him, the assurance of mortality. It was the steadiest assurance he had.”

Image: J P Morgan [JP hated having his photo taken, for obvious reasons!]
Posted by Geoff Pound at 11:46 AM